We have already spoken about dangers in the Path of Poisons, the implications of Fear, the threat of Addiction, etc. all of those topics which, it was concluded, were caused by great degree of misinformation and lack of real or deep contact with nature dwelling spirits. Now, something that comes up to mind is the existence of cultural appropriation and whether it is possible in the Natural/Spirit world.

A complicated topic, this one. What would we mean when if we spoke about cultural appropriation in the Path of Poisons? Under this category we could consider, in the first place, the misuse of certain plants, a deviation from the customary/ancestral usage of a plant, or not taking the spiritual/folkloric/cultural/territorial context into consideration when dealing with a plant spirit. Spirits, as they have character, have also a cultural legacy that must be taken into account. This does not mean we can generalize when we talk about Spirits, and so it would be useless saying “rosemary was used to cast evil spirits away, so I use rosemary to cast evil spirits away”; but we should understand it in a different way: rosemary was customarily used for casting spirits away in X culture, and this is an assumption that we should take into account when approximating the plant, but of course, the plant’s own context, growth, location, astrological sign etc., is the key to its revelation.

Cultural appropriation is a tricky question, because, as we have said in previous articles, the practitioner must discover on his/her own the adequate usage or help a plant can provide him/her with. So, where is the frontier between cultural appropriation (misusing it), and the reality of the plant towards the practitioner? The answer is clear: a truthful experience: a real, mind-blowing realisation process, a tangible relationship with the plant.

Cultural appropriation appears when we just copy recipes without trying things on their own first, when we appear dazzled and stupefied by exotic flora while disregarding our own, when we ignore the plants spirits that share the land with us in our daily life, when we do not obey to the cosmological context that a plant is settled in, when we use it in an inappropriate climate, when we pay no heed to what the plant tells us of its territory. This is an offense greater and more atrocious than a cultural one, it is in fact a spiritual offense, a kind of blighting, de-sanctification, a disempowerment of Plant Spirits.

The polemic around Ayahuasca

Those who know Occvlta will probably be familiar with our total rage against the widespread abuse of ayahuasca by Western people. This is a classic example of misuse and cultural appropriation: ayahuasca is nowadays exploited while being devoid of all mythos; people with no previous knowledge of Amazonian culture, cosmology and spiritual visions go on a kind of “spiritual search” for something they could definitely get in their own environment. To some it may sound folkish, but there is no political second reading here. If you ignore your local flora and the plant spirits that have accompanied you since your childhood, there is a strong possibility of having future problems when trying to conjoin with both local and exotic fauna.

Some will say “well, plants have no country, just because I’m not a member of a culture this doesn’t mean I cannot enjoy the fruits of that culture”. Sure you can, but again, even though plants may have no country barrier, they have a natural habitat, they have a species memory, their spirits knows who we are, and where do we come from.

What kind of message are we giving to the spirit plant of ayahuasca, for example, when flocks of westerners (whose ascendents spoiled and abused the native land and their people) invade the Amazonian forest, thinking they know what they’re up to, and while they look for a sort of spiritual cleanse, just use the plant for empty purposes, completely neglecting and isolating it from the spirit that inhabits the specimen and the cosmological implications it holds?

Obviously, we take ayahuasca as an example, but we have widely done the same thing with myriads of other apparently quotidian Spirits. Perhaps it would be wise to re-evaluate our contact with each of the substances we interact in a day to day frequency. 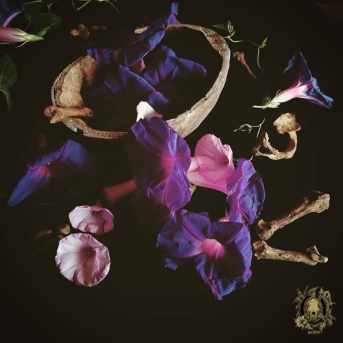 And so, how could we keep coherence with this path of development, spiritual knowledge and experimentation such as the Poison Path while not offending the spirits? Does that mean that, in order to be coherent, one should stop utilising a plant spirit (e.g. myrrh, coffee, tea, chocolate, datura, you name it) altogether because it is not naturally available in an area?

Obviously, focusing first on what surrounds us is a totally logical and advisable suggestion, but there are occasions when substances alien to our natural surroundings may call us or provide us with what we long for. In such cases, it would be wise to approach a substance the same way as if travelling to a foreign territory: attentive, with an open heart, an open mind, and a fully receptive spirit. We should know where a substance comes from, where and how it grows, how was historically and customarily used, and what the spirit demands in order to agree on working with the practitioner, what spirits it calls, what synergies may arise in conjunction with others.

Thus, this does not mean we should not restrict our practice to the spirits that inhabit our closest territory, but there is an order that must be followed when dealing with plant spirits, and mindlessly transgressing it may be potentially harmful in the long run. In the end, awareness (consciously knowing) and self-honesty (a detailed analysis of our fears, needs, vices, and virtues) is the key to all knowledge.

4 thoughts on “Cultural Appropriation in the Path of Poisons”